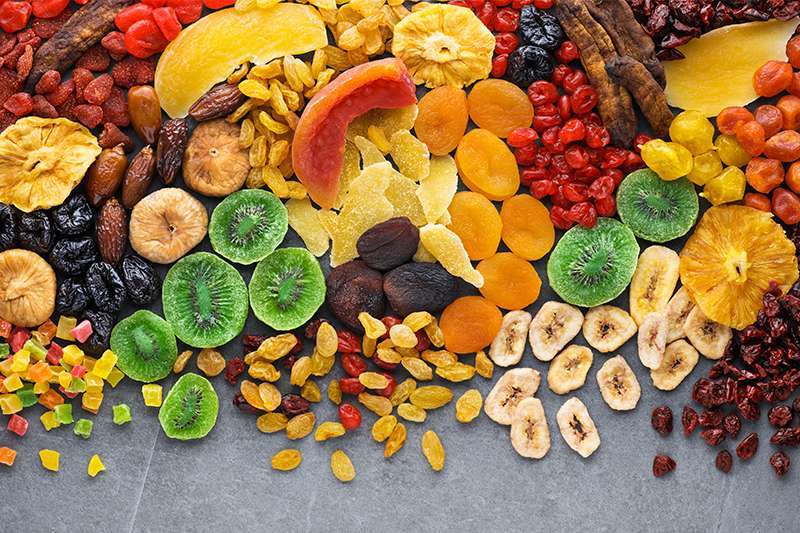 Drying is the separation of water from a solid (generally by evaporation).

Despite its relative simplicity and the various fields of application, it requires constant and effective monitoring of a famous but often poorly understood environmental parameter: humidity.

In this article we will point out the drying process and how to analyse the humidity measurement during this process.

The importance of drying

Since ancient times one of the main challenges of human civilization has been the preservation of food. In fact, many dishes tend to degrade quite rapidly, especially fruit, vegetables and meat. Man quickly learned that the same foods, when exposed to a heat sources, lose the water they contain and can be stored up longer.

This is how the drying process was born.

Thanks to drying, it was possible to significantly increase the quantity and variety of foods available to man.

Despite it is true that the ancients soon learned to dry various types of food in the sun or on the fire, the scientific reason why drying is so important has only recently been known.

Fruits, vegetables, meat and other foods are not only palatable to us humans. In fact, we have competitors who, like us, feed with carbohydrates, fats and proteins, but are much smaller. We are talking about microbes.

For these tiny living beings, foods are real oases, since they contain the nutrients they need to live. When they come into contact with a food, bacteria, molds and other microorganisms begin to grow and reproduce until they colonize it. Its chemical structure is therefore profoundly modified. Generally, it only takes a few days at room temperature for microbes to make it inedible.

Through drying, the food loses all the water it contains. Since water is the basis of the metabolic processes of all living organisms, an environment with very little water is hostile to most of them. From an oasis, food is transformed into a desert for microbes, but keeps its edibility for humans.

This is the scientific reason why products whose water is removed become safer and can be stored much longer.

Even if the drying systems can be different and the machines used for this purpose are very different as well, the methodologies are based on 2 fundamental operating principles.

Thermal drying consists in drying food by increasing the temperature. In this way the evaporation of the water contained in the product is favored.

The most typical example of thermal drying application is the oven.

In this case, it is not the product itself that is heated, but a flow of gas which is directed towards the product to be dried. The contact between the gas molecules and the load helps to remove the moisture from the latter.

Thus described it seems a complex process, but the principle is the same of a hairdryer.

Humidity: the fundamental data of drying

If drying is the elimination of water from a product, it follows that humidity is a substantial parameter to be monitored throughout the process.

Humidity can be defined as the amount of water dissolved in the air. But how is it measured?

Generally, 2 quantities are taken as a reference:

How to read relative humidity

In everyday life we are used to taking absolute quantities as a reference. Do we have to go on a journey? Let's calculate the distance in kilometers. If we need to measure the temperature of our home we use a thermometer that tells us the degrees Celsius or Farenheit.

Furthermore, we are used to cumulative physical quantities. To 1 kg you can add another kg and you get two, just as a liter in addition to another liter makes two liters.

Relative humidity is, as the name suggests, a relative measure, and therefore characterized by 2 peculiarities:

- It is calculated as a percentage

What does it mean?

To understand what we are talking about, let's imagine we have a glass full of water and add some salt. Initially, the salt dissolves in the water. But if you keep adding it, a white layer begins to settle on the bottom.

Technically, this situation is called saturation, and it is the same condition that occurs with air and water vapor when the relative humidity reaches 100%.

Beyond this point, the water vapor molecules are no longer able to remain suspended in the air, so they begin to return to the liquid state, condensing into drops. A phenomenon that we know well and that often occurs in various situations of our life where there is a high percentage of humidity.

In all these cases, the presence of condensation indicates that the water vapor saturation threshold has been exceeded. So the air humidity has reached 100%. On the other hand, we can have a relative humidity of 0% when the air is completely dry.

Between these two extremes there are various gradations that can make a difference and that, of course, can be monitored thanks to the data loggers for humidity.

At this point a question arises spontaneously.

Why do we use relative humidity?

Wouldn't it be better to measure the actual amount of moisture?

In most cases the absolute humidity data would be useless.

In fact, the amount of water vapor that the air can hold can depends on 2 conditions:

-          Temperature. The higher the temperature, the more the air is able to retain water vapor molecules.

-          Pressure. The lower the pressure, the more the air is able to keep water vapor molecules.

Therefore, more or less water vapor can be dissolved in the same quantity of air depending on the temperature and pressure conditions. This would make it difficult to use absolute humidity as a meter because, depending on the situation, it would have a different practical response.

This is why it is very useful to have the relative humidity reference. It makes us understand at a glance how close or far we are from the saturation point, regardless of the conditions.

Let's imagine we have a data logger that monitors the relative humidity data in a dryer.

Initially we see that the relative humidity rises in proportion to the temperature, reaching 100%. This is normal, since high temperatures favor moisture retention.

If we exceed 100 ° C we notice a strange thing. In fact, we notce that the relative humidity of the air constantly decreases.

To better understand what happens, we need to focus on two type pressures:

But when we rise above 100 ° C, the water goes into a gaseous state. This means that it can no longer condense. Or rather, it cannot condense under normal atmospheric pressure conditions.

In order to see condensation droplets forming above 100 ° C again, you will need to increase the pressure.

Thus, we know that the vapor partial pressure (Pw) remains unchanged, but the saturation pressure increases.

If we apply the formula again to obtain the relative humidity, we realize that above 100 ° C the saturation pressure is always higher than the partial pressure of the vapor.

Consequently, the higher the temperature rises, the lower the maximum limit of relative humidity will be.

In these extreme conditions the instruments increase the uncertainty in calculating the relative humidity in a linear way with increasing temperature. In addition, it becomes increasingly difficult to measure, as the measuring components must be able to withstand even high temperatures.

A company from Padua (Italy) specialized in the production of machinery for drying hard pasta addressed a particular request to us. In fact, he needed to measure the humidity during standard drying processes in order to verify with a good approximation the complete removal of water from the pasta. This condition is essential to ensure a long shelf life for packaging and distribution. 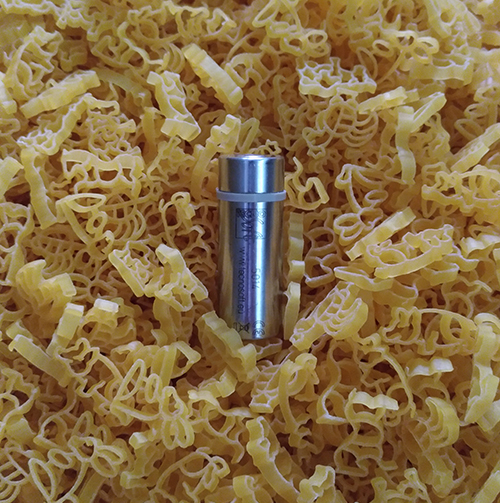 Some of the processes involved high temperatures, which could go beyond 100 ° C.

In our catalog we had various data loggers to measure humidity, but none were able to withstand such high temperatures. Furthermore, the bizarre behavior of relative humidity above 100 ° C pushed us to seek new solutions.

After a phase of study, testing and selection of the best high temperature resistant humidity meters on the market, a new logger was born.

This is RHTemp125. Humidity data logger capable of monitoring relative humidity from -40 ° up to 125 ° C. it is managed by Windows software.

The product was perfect for the intended purpose. Today the Rhtemp125 dataloggers monitor the pasta drying activities, allowing a production that follows strictly standards.

This experience led us to the creation of another data logger, conceptually very similar to Rhtemp 125 but calibrated for monitoring less extreme environments: RHTemp80. Capable of measuring relative humidity in ambient temperatures up to 80 ° C, it has already been successfully used in the transport sector for the distribution of luxury cars in the Middle East.

Rhtemp 125 and Rhtemp 80 arise from special needs of customers who, thanks to our decades of experience in the field of measurement, have been fully satisfied with the development of new prototypes.

If you also need constant monitoring in particular conditions, contact us! Together we will develop the ideal data logger for your needs. 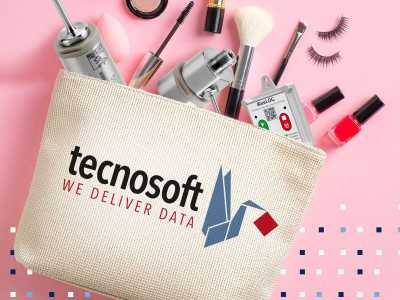 Data logger and monitoring in the production of cosmetics 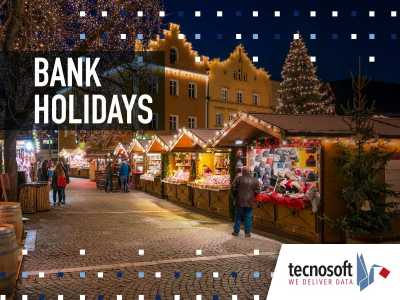 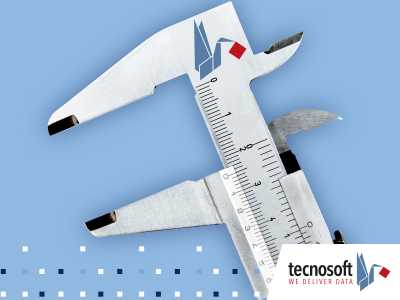 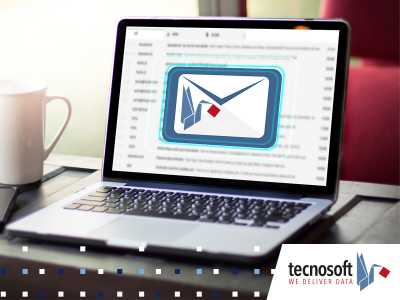 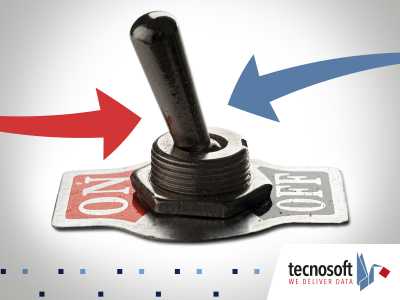 Data loggers have no on/off button.