Temperature monitoring and logistics: what is the parameter that matters? 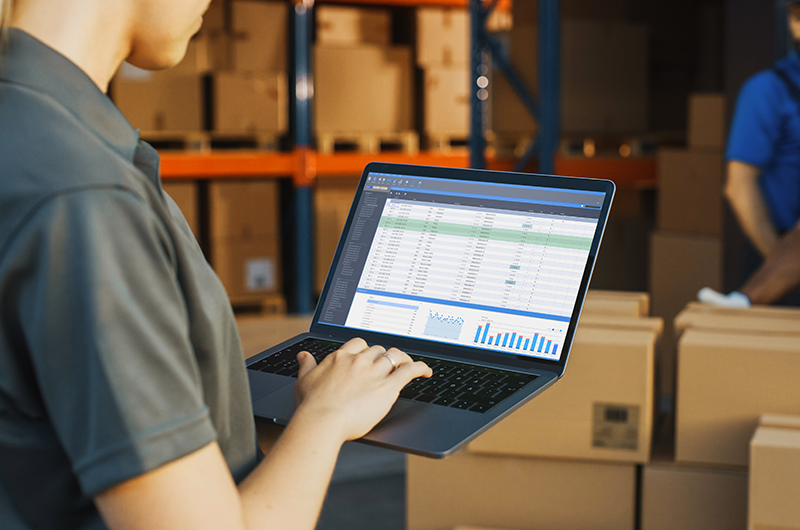 Temperature monitoring plays a fundamental role in logistics. In fact, perishable products such as food and drugs require to be transported at a stable temperature. This is not always possible. It may happen that, for various reasons, the temperatures deviate from the correct values, causing damage to the goods transported.

A good monitoring allows to estimate the degradation of the products. But how does it happen? Based on what principles? We will explain it to you starting from an example taken from the annals of Tecnosoft.

About twenty years ago, a customer approached us to ask for a temperature monitoring service during the transport of biological test reagents in a cold room.

These are chemical compounds that react with components found in tissues or biological fluids. Thanks to this property they are used as markers to detect the presence or absence of certain substances in samples analyzed in the laboratory. Certainly you have met them, even if indirectly, if you have done blood tests, urine tests or if you have done a Covid-19 test.

The task of the reagents is very important. In fact, their correct functioning is the basis for diagnoses that can have a major impact on people's lives. If they do not work, the test must be repeated, resulting in costs for both the patient and the laboratory.

Our customer's problem was precisely this: a not negligible percentage of the reagents had lost their effectiveness after transport. Since these chemical compounds are very sensitive to temperature, it was very likely that exposure to out-of-range temperatures during the journey had ruined some of the reagents, making them ineffective.

This is where Tecnosoft came in clutch!

To verify the starting hypothesis, we placed our data loggers inside common envelopes for letters. Each letter was loaded into a different van.

Once the shipment arrived at its destination, the recipient had to mark the day on which the envelope was delivered and return it by post to the sender (i.e. to Tecnosoft).

Thinking about it today, this method appears rather primitive, but at the time of the experiment (we were at the end of the 90s) the Internet was still not very widespread, and remote monitoring was much less effective than today. Despite the limitations imposed by the technology of the time, we received most of the letters. Once the data was downloaded into our computers, we analyzed it and finalized a report that we delivered to the customer.

The results left us speechless. More than 90% of the measurements contained out-of-range readings!

Even though we expected a high percentage of transport at sub-optimal temperatures, such a high part of anomalous data was beyond the most pessimistic forecasts.

Temperature anomalies in transport: the hypothesis of fraud

We suspected on the hauliers. It was possible that some drivers of the vans turned off the cold rooms to save energy, and therefore earn more on the shipment, completely unaware that they were being monitored

We knew from the beginning that it was a concrete possibility, and therefore, alongside the monitoring, we implemented an A / B test. On the same transport we carried out two monitoring with two identical data loggers: one was inside an anonymous envelope, while the other was in an envelope with the inscription "Temperature monitoring".

Result? The anonymous logger recorded out-of-range temperatures, while the one with the inscription recorded optimal temperatures.

Probably the marked bag had been moved and placed in a portable refrigerator at a stable temperature, while the other had remained in the cold room, where the temperature was not always optimal. Now the data loggers with anti-tamper function make it impossible to do this without getting caught. But at the time we hadn't invented them yet!

However, this discrepancy only proved that the envelope have been moved. It was not certain that the out-of-range measurements were due to the deceptions of the hauliers. Indeed, considering the data available to us it was not statistically possible.

It was more likely that, since they were long journeys, the oscillations were physiological ... and that we were studying a secondary variable while the fundamental question to be answered was another!

Are out-of-range temperatures really a problem?

By reviewing the measurements and comparing them with the actual effectiveness of the reagents once they reached their destination, we realized that the data was not as negative as they first appeared. There were certainly many out of range measurements, but for the purposes of transporting the intact product, the situation was not so dramatic.

The expedition was only to be perfected. But we did not have a unique and easily interpretable data to understand how to improve it.

The solution is neither simple nor intuitive, but it has proved to be very effective!

Let's start from the fact that each product has a correct conservation period. Consequently, it has an expiration date. However, this strongly depends on the temperature.

The problem, however, is that the temperature never remains stable during transport. From one passage to another we will have temperature fluctuations that we must take into consideration.

The absolute maximum and minimum temperature are the temperatures that the product must never exceed to keep its chemical-physical properties intact.

To better understand this concept, let's take an egg for example.

- Below 0 ° C the egg white and yolk freeze and are no longer usable.

- Above 62 ° C it starts the process that leads the egg to become boiled.

Consequently, it is not possible to store it at temperatures below or above these values without altering it.

However, this does not mean that any temperature between 0 ° C and 62 ° C is to be considered good for the preservation of eggs.

In fact, the higher the temperature is, the shorter the product is preserved. The high temperatures feed the activation energy, which is directly linked to the deterioration of the product.

The interesting thing to keep in mind is that the decay does not increase proportionally to the temperature, but accelerates as the temperature increases.

Talking again about our identical eggs, if I keep one at + 10 ° C and the other at + 20 ° C for a month, I would notice that the second egg does not deteriorate twice as much as the first, but is in a more advanced stage. And if you kept another one at + 40 ° C, the decay would be much greater.

If it is true that decay increases with increasing temperature, at higher temperatures the storage period is shortened, even if we remain within the acceptable temperature range to keep the product intact.

Consequently, it is necessary to maintain the temperature of the product in a safe range that allows correct storage for as long as possible. 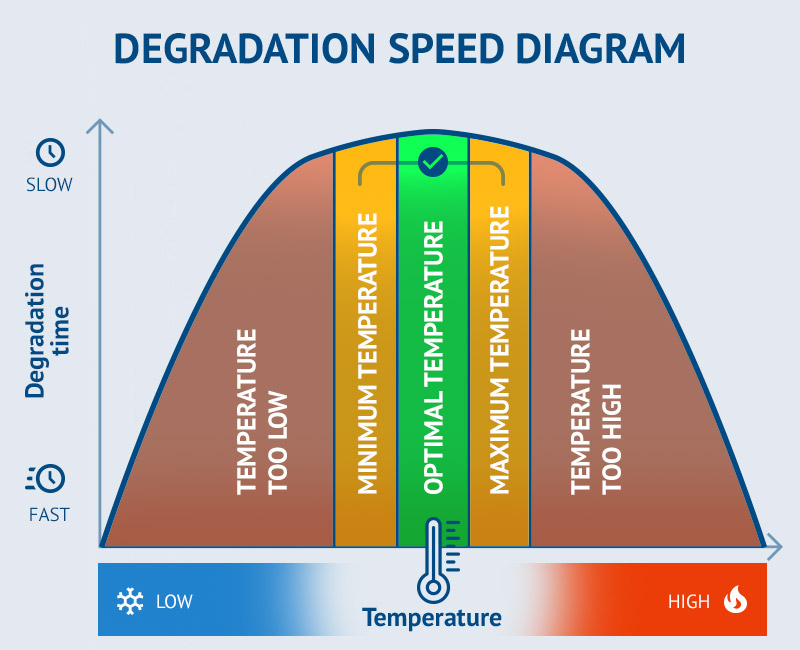 The temperature does not change instantly

The temperature in fact depends on the heat, which spreads by contact from molecule to molecule. For this reason the temperature of the objects does not change immediately, but needs a more or less long period of time.

It is thanks to this physical principle that our ice cream does not melt immediately when we remove it from the freezer. To penetrate inside the ice cream mass, the heat of the air takes longer than it takes to eat it.

Knowing this physical principle allows us to do surprising and apparently impossible things, like walking barefoot on hot coals without getting burns. It does not matter if the sole of the foot touches the smouldering embers at over 500 ° C for a few tenths of a second. The contact time is not enough to burn the skin cells.

In the same way, during transport temperatures can go well beyond the minimum or maximum thresholds, but for a time so limited as to have little or no impact on the conservation of the product.

To estimate the impact of temperatures on storage, we use the t90 parameter, which represents the time taken by the product to reach 90% of the ambient temperature. Of course, each substance can have different t90s depending on the conditions.

But is there a method that allows us to estimate whether the temperature fluctuations during transport are acceptable or not?

The help of a consultant

Reading the measurement data by an expert eye allows you to immediately understand if there is something wrong. Thanks to his expertise, a specialist can recognize patterns in the temperature trend that correspond to good conservation, or otherwise find what is wrong.

This contribution is essential in the testing phase. In fact, the advice of an expert allows you to better calibrate an effective monitoring system.

The problem is that the criteria used are subjective, based on the experience of the person who analyzes the data. They are not replicable by an automated system. Furthermore, this analysis is not scalable and is severely limited to the amount of data a human being can process. In other words, it is not possible, nor would it be economical, to use a consultant to monitor all transports.

So we need an objective criterion. But what?

So we could be faced with spoiled goods even if the average temperatures during transport are perfect.

This is the temperature which, if it were constant, would give the same decay level as a product subject to temperature variations.

A correct MKT remains within the range of optimal product storage temperatures.

For a correct measurement of MKT, the data related to the initial and final times of transport (therefore, typically, the loading and unloading of packages) must be discarded.

n = total number of equal time intervals during which data is recorded.

MKT is not easy to calculate if you don't have advanced math skills.

For this reason we have incorporated the automatic calculation of MKT as an additional function of our Temperature Data Loggers.

Data Loggers to measure the MKT 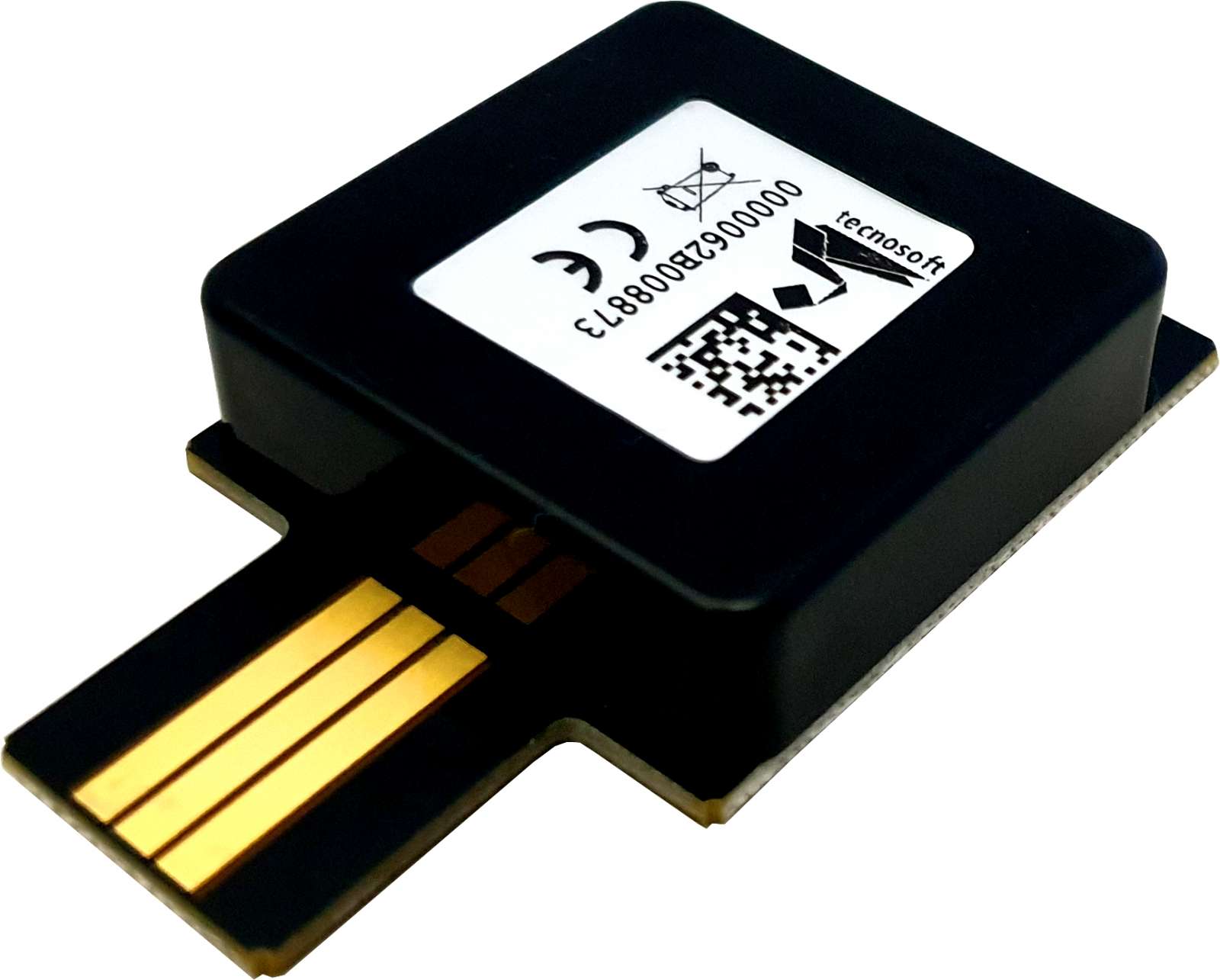 The TempStick is a small size temperature meter, with ISO 9001 and 12830, HACCP, FDA, BRC certifications.

Compared to previous models, the new model is perfect for a multitude of applications thanks to its battery that is user replaceable. Furthermore, the logger is IP65. This property makes it more resistant to moisture, splashes, condensation.

The Tempstick is available in our catalog. You can buy it for your own measurements, or ask us for a complete tracking service which includes: We are developing a new system for autoclave validation 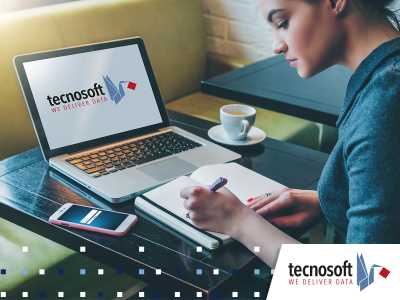 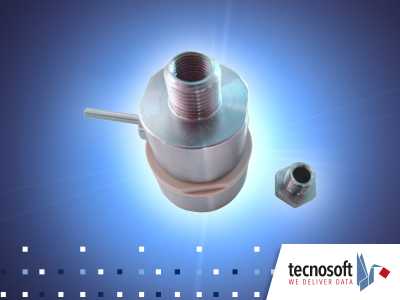 Pressure Disk: with or without filter?