Mean kinetic temperature refers to a reference point, which can be calculated from a series of temperatures.
It differs from other means in that higher temperatures are given greater weight in computing the average.
This weighting is determined by a geometric transformation, the natural logarithm of the temperature number.
Disproportionate weighting of higher temperatures in a temperature series according to the MKT recognises the accelerated rate of thermal degradation of materials at these higher temperatures. MKT accommodates this non-linear effect of temperature.
It is calculated from the average storage temperatures recorded over a time period and a running average calculated from the average of weekly high and low temperatures. In order for MKT to be meaningful in anyway, an appropriate number of temperature / time sampling points should be used. MKT may only be applied in situations where temperature control of the storage area is good, but where occasional excursions do occur due to seasonal variation.
MKT may only be applied in cases where the scientific data regarding the thermal stability of the product in question, used to establish the original labelled storage conditions, permits limited excursions between 25ºC to 30ºC. The MA holder should be consulted as to whether these excursions affect the thermal stability of the products in question and hence whether or not the use of MKT is applicable.
Strict conditions should be applied to the use of MKT i.e.: 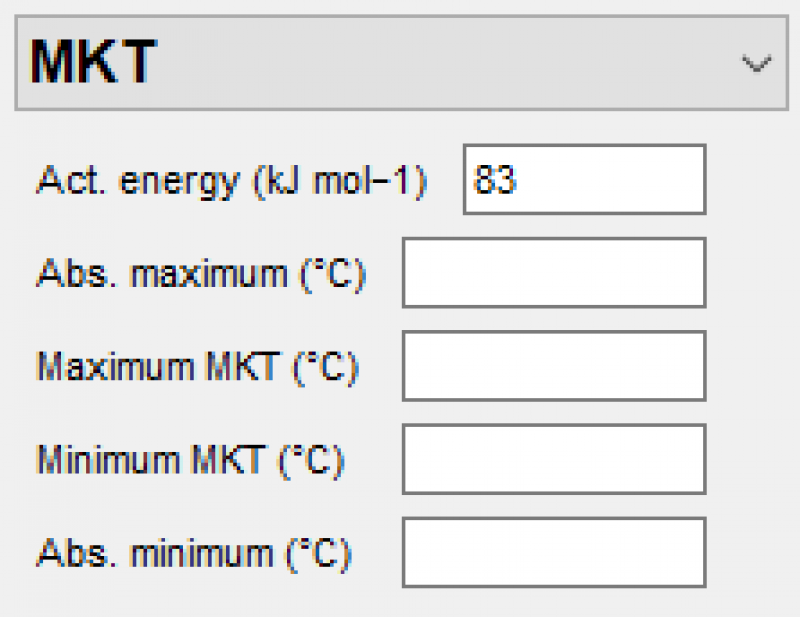